On April 2, 2014 both the LdV boys’ and girls’ soccer team faced off for the second time against Martin Luther King or MLK. Last time LdV played MLK, the girls tied them with a score of zero to zero and the boys had an easy win with a score of seven to one. For the girl’s it was a very disappointing game, the first time they played them, because it was the first tie they had had all year. Also, they dominated that game, but just couldn’t get the ball in the back of the net. However, the next time they played them would be a whole different story (for the girls).

It was a warm spring day and LdV and MLK were facing off for the second time, the boys played first and crushed MLK with a score of eight to one. The girls played next and they dominated! They scored four in the first half and four in the second half making it a final score of eight to zero. MLK didn’t even stand a chance, the LdV girls were on fire! I asked Celeste and Emily C., members of the girl’s team, why they thought LdV couldn’t beat MLK the first time, Celeste said, “We didn’t know their weakness’s and the second time we knew how they played.” Emily said, “We didn’t know what to expect.” Overall, the girl’s soccer team played very well and got sweet revenge on MLK. 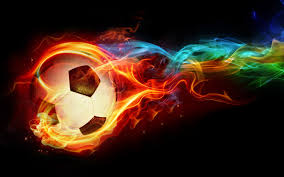