Everybody in the Sacramento Region is excited to watch Sac Republic FC play for the first game this weekend March 29, 2014 against LA Galaxy II at StubHub Center Track Stadium in Carson, California it’s a bit far away from Sacramento but don’t worry they are not always going to be playing away. The first game they play home is at Hughes Stadium on April 26,2014 don’t wait to much get your tickets now before they sold out everybody in Sacramento is waiting for this day to come. Most people are just dying to go watch this team in the new stadium at Cal Expo, Sac Republic is going to play in this stadium on Saturday June 7, 2014.  Many Sac Republic Fans want this team to be very popular.   That’s why many fans want YOU to come support your city.  We are going to need the most support when our team gets on the map for MLS in 2016. I believe if when the team reaches to the MLS they are going to remodel the stadium to make it bigger because the teams right now in the MLS have a good amount of fans and it might just take up most of the stadium and if we a good amount of fans for Sac Republic then we will have amazing support for our team, so come down this summer to become a Sac Republic Fan.

I interviewed 2 people from my soccer team and the people I interviewed were and I asked them all the same question this is how they responded:

Me: “This summer are you going to come support and become a Sac Republic Fan and why.”

Luis C. “ Yes, because favorite sport is soccer and I want to support a soccer that comes from our hometown.”

Angel C. “ Yes I am going to come support this team because they sound like they have a good squad and I think that they are going to play well.” 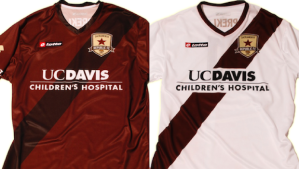