Was the WiiU a failure? A lot of people say so. Joe A. said, “ Nintendo really failed with the WiiU, they are too repetitive.” The gaming console was supposed to be a best seller like its predecessor, the Wii. People who had never played video games, or not that much, loved the wii. Obviously people thought that the WiiU would be better than the Wii, but to their demise, the WiiU only offered different versions of the same old Nintendo games. Also, nobody would games like first person shooters on the WiiU when they have an Xbox 360 or a PS3. Also, the WiiU graphics weren’t that great on the handheld and the screen was unresponsive at times. Also, a lot of casual gamers thought that the controller was too  big and wasn’t comfortable. Most people just bought the franchises they loved, and then said that they have no more reason to buy any more WiiU games. Nintendo has done so bad with the WiiU, that they have lost 520 million dollars in sales compared with sales from the Wii and Ds.  The WiiU came out November 18, 2012, and Nintendo are already working on a new console to compensate, the Nintendo Fusion. 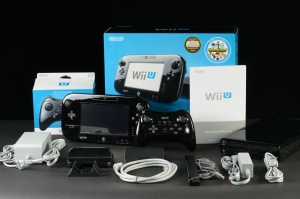