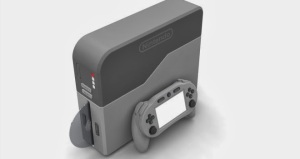 None of you have probably heard the rumors, but Nintendo is coming out with a new handheld/home console called the Nintendo Fusion. It is more than four times as powerful as the Ps4’s graphics with a custom Radeon HD RX 200 graphics card running at 960 MHz, with a whopping 4.6 Teraflops. For all of you out there who don’t know, a Teraflop is a measurement of the performance of a CPU. The Ps4 can only run at a maximum of 1.6 Teraflops, meaning that the Nintendo Fusion is going to be the most powerful console in the world. It is going to consist of the Fusion DS and the Nintendo Fusion home console. It’s going to be like having the Wii U console and the 3DS combined. You’re going to have the Fusion DS and the Home console like the Wii U, but instead of a huge unresponsive tablet, you get a DS with a capacitive touch screen instead of the common resistive touch screen in all of the other Nintendo touch screen consoles. This means that the touch screen won’t require a small plastic stylus, but instead it’s going to have a touch screen like your phone, where you use your finger. I asked Joe A. what he thought about it, and he said that if this console does come out, it might save Nintendo from the failed console, the Wii U. I myself am probably going to buy the console, since I haven’t bought a Nintendo console since the 3DS. The console is expected to come sometime in 2015, since rushed releases usually don’t end well.